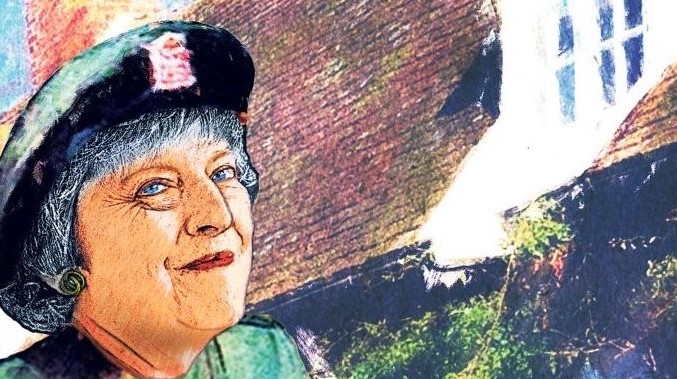 Will it ever be possible to heal the divisions caused by Brexit?

What has become increasingly apparent, since the 2016 Referendum, is that British politics has undergone a seismic shift. A Report on Brexit and Public Opinion by the UK in a Changing Europe research group shows that Brexit has dramatically altered the traditional party allegiances of both Conservative and Labour voters. In the post-war decades, British politics was relatively stable, and voters’ strong party loyalties were influenced by their place in society. This is no longer the case with a significant decline now apparent in the number of people identifying with a political party, and in the strength of that attachment.

“The UK is likely to experience a re-shaping of politics as a result, because positions on Brexit cut across the positions of the main political parties. Both Labour and the Conservatives are beset with tensions caused by the presence of large groups of pro-Leave and pro-Remain supporters in their ranks. Some Labour MPs in northern and Midlands constituencies are nervous at the thought of Labour promoting a second referendum, while many of those in London welcome it. Some Conservatives want to address the concerns of rural voters in areas with an influx of workers from the EU, while others take an internationalist position of big business and the CBI.”

How important was the issue of Europe to voters before 2016?

In December 2015, only six months before the EU referendum, just 1% of a sample of the population in an IPSOS Mori poll indicated that Europe was an important issue. However, by April 2019 that figure had risen to a staggering 59%. The referendum and the propaganda around it seem to have created both division and tension in the population. Prior to 2016, it was never the overriding issue which it has now become.

“According to British Social Attitudes data, between 1992 and 2015 there was a slow and unsteady growth in euroscepticism. We can attribute this, at least in part, to a background throb of anti-EU propaganda in sections of the British press. But then there was a huge leap in anti-EU feeling. In 2015, only 22% wanted to leave the EU yet, as we know, 52% voted to leave in the referendum held the following year. This inflation of europhobia, which provoked alarm among Remainers, was more or less simultaneous with the rapid installation of Brexit as the major national issue.”

“hostility to immigration has been in sharp decline since 2010”

“There were no events in the world to which people were responding as they coalesced into opposing camps – except the referendum itself, and the rhetoric which had crystallised around it. Brexit is a major example of a shift which took place almost entirely within what we can call the emotional public sphere, the mood and preoccupations of a national public, which is often heavily shaped by dominant media agendas and messages”.

Professor Richards makes it clear that media content cannot shape our outlooks unless it speaks to some need already present in us. The referendum invited people to identify with one of two sides. The Brexit question offered people the increasingly scarce experience of being sure, clear and together with others. In a world where it can be increasingly difficult to feel at home and to know what we should be doing, this is a powerfully attractive experience – none the less so for being, in this case, illusory.

Perhaps Richards makes the strongest point when he states that, “the UK’s relationship with the rest of Europe is a real and important issue, but behind all that, there is a toxicity at work on both sides of the “Brexit divide”. A small anti-EU minority laid the fuse, but the rest of the public proved highly combustible. Getting to the bottom of how and why Brexit has blown up as it has will be essential to the work of repairing and improving British democracy.”