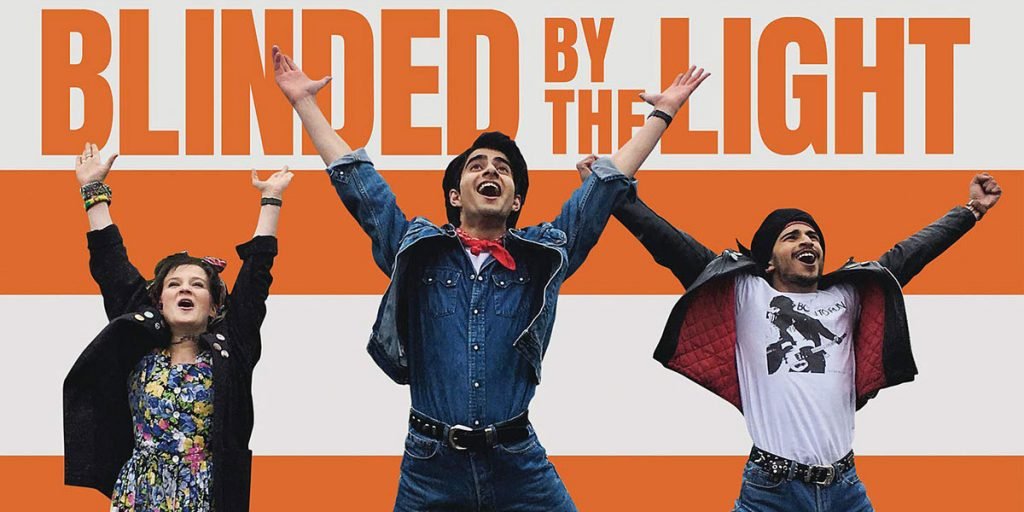 I always loved going to the pictures when I was a youngster or, in later life, settling down on a Friday evening or a Saturday afternoon to watch a really good film. This year there was an added bonus because three years ago I invested in the film company responsible for producing Blinded by the Light which, after it debuted at the Sundance Film Festival, was sold for nearly $15 million to New Line Studios owned by Warner Bros. After a bidding war, it seemed poised to be one of the breakout independent movies of the year. But for some reason, studio executives decided to release it in August, where many smaller films struggle to attract large audiences; since its release, it has made $18 million at the box office. Nevertheless, it has received a fair amount of critical acclaim receiving six nominations and two film awards. In Variety magazine, the film is credited for providing one of the best movie music moments of 2019.

“A British-Pakistani kid discovers the Boss is singing his life in “Blinded by the Light”
Gurinda Chadha’s film is not afraid to go from street realism to purely operatic — a span that Bruce “Badlands”/”Born to Run” Springsteen has obviously covered in his career. The drama gleefully sheds any of its early documentary-style feel at the moment when Viviek Kaira’s character puts on a cassette of “Dancing in the Dark” and realizes that this American rocker with whom he should share so little in common has exactly articulated all his pent-up rage, frustration and suppression, and is liberated by it. Lyrics flash across walls and the neighborhood is racked by gale-force winds as the teenager finds his voice via a cheap tape deck. That sounds terrible, on paper, doesn’t it? But watching it on screen, you may swoon to remember the first time you realized rock stars could see into your head, too.”  Variety Magazine

For those of you who may not have seen the movie, it is a coming of age story set in Luton in 1987, which deals with racism, the economic impact of Thatcherism, intergenerational and cultural conflict, as well as the spiritual impact of music. It is one of the most delightful, heartwarming and moving films I have seen in quite a number of years, and is a perfect companion piece to Gurinder Chadha’s Bend it like Beckham.

The film brought back fond memories of my younger self, an optimist who once harboured ambitions of becoming a writer and who was also a bit of a Bruce Springsteen fan.

The next film, which has been produced by the company, is Possessor, a Canadian/British sci-fi horror film written and directed by Brandon Cronenberg, son of David Cronenberg. It stars Christopher Abbott, Andrea Riseborough, Tuppence Middleton, Jennifer Jason Leigh and Sean Bean, and will have its world premiere at the Sundance Film Festival on January 25th.

The cinema photographer working on the film, Karim Hussain, explains that the plot focuses on an agency that essentially creates human drones. “They kidnap people and implant mind-control devices into their brains, and then those people are piloted by a sort of performer who goes into a kind of coma and guides them via these implants to commit lone-wolf assassinations that are good for the financial and political gains of the company involved. Now, that sounds like a standard science-fiction concept, but then the movie really steps it up when something goes wrong with one implant, and the bodies of Andrea Riseborough and Christopher Abbott’s characters sort of fuse into one individual being.”

The film has already started to generate considerable interest in the film world and, given that Cronenberg’s last film Antiviral grossed almost $127 million at the box office, it could prove to be a sound financial investment. There are a further four films in post-production from other film companies, so 2020 could be an interesting year!