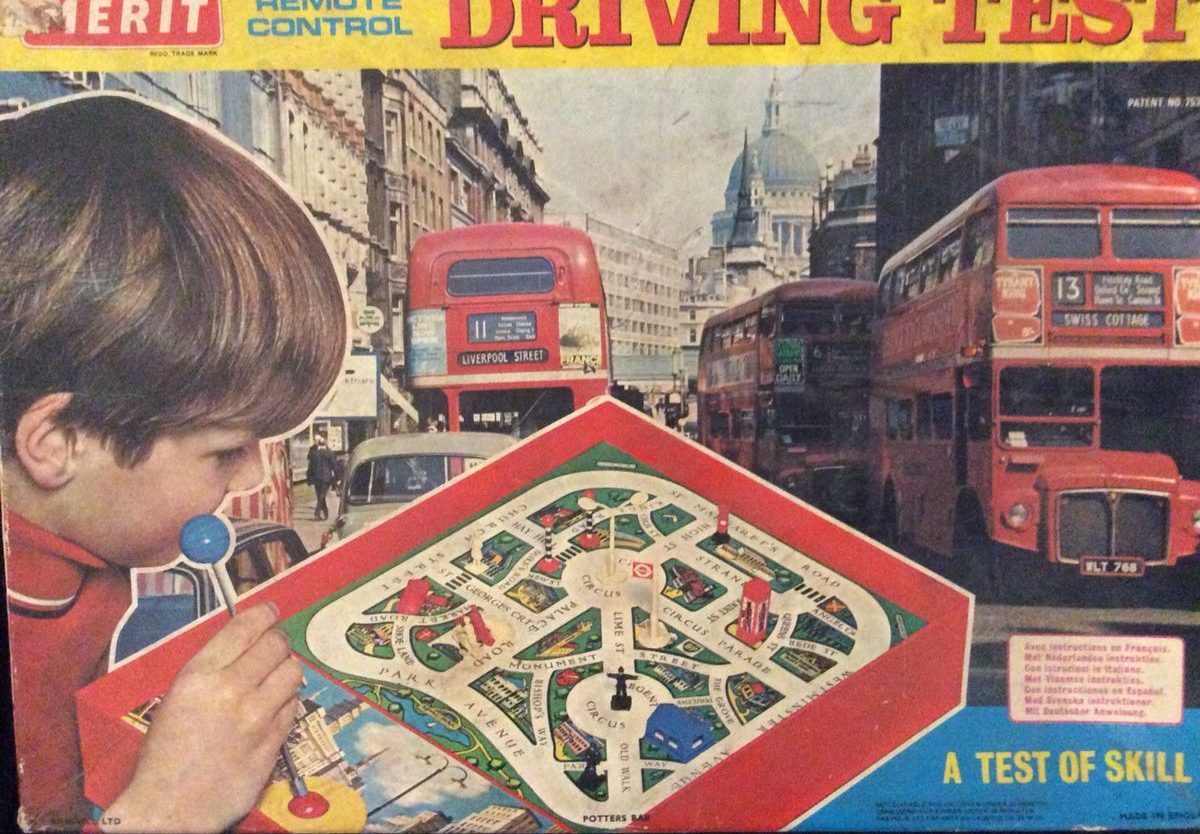 Wednesday 11th November 1970: I remember getting up incredibly early as it was my birthday; I can still recall those cold winter mornings between 1969 and 1971, which were darker for longer, as the government was in the process of carrying out a three-year experiment, which involved not putting the clocks back in October. Before setting off for the short walk to the village school, I opened what proved to be one of my all-time favourite birthday presents, a toy aptly named Driving Test. There was a remote control lever which allowed the players to drive a number of magnetic vehicles around the streets of London; we put talcum powder over the route in order to create more traction for such delicate miniature cars. So many years have passed by but I can still remember the excitement and enjoyment of that particular birthday!

A number of the toys and games I played with back then were undoubtedly aimed at boys: Sgt Storm, Captain Lazer, dinky cars and possibly Rebound, to name but a few. I was clearly ahead of my time and, looking back now, I was certainly fortunate that my parents were willing to let me make my own choices. Having said that, I did love my ‘Tiny Tears’ doll, my space hopper along with oil paintings, jigsaws, toy trumpets, spirographs, etch-a-sketches and just about every board game going.

Jason Bainbridge, Professor of Media and Communication at the University of South Australia, has argued that there is still “a long way to go in eliminating gender assumptions about children’s toys. Beyond the category of action figures, make-up and fashion-related play are still explicitly marketed to girls, while train sets, construction toys and model kits will generally still have boys pictured on the packaging.”

However, it is clear that we have come a long way from the 1970s and the very gender-specific toys and games which were aimed at children. Did you know that in 2019 parents who want to raise their children in a gender-nonconforming way can now purchase the very first gender-neutral doll?

I think what I enjoyed most about writing this post was rediscovering those long-forgotten childhood games and the vast array of images on the internet of vintage toys from the 1970s. Below is an image of the Chitty Chitty Bang Bang car, which was a Christmas present from my Grandma in the late 1960s. It was a much-loved toy and was still entertaining my parent’s grandchildren well into the 1980s. In short, we should never lose sight of the fact that all toys have the power to enrich and captivate a child’s imagination.